I overheard a colleague recently asking whether the promotional video being made would be “viral”.

Viruses in the real world are agents of disease, in the computer world they’re malevolent bits of code. So how is it that a story or video “viral” has come to be something good?

In this case it’s about how something spreads, a biological virus travels between people, moving from community to community with the movement of an individual. The sharing of videos or images follows a similar pattern, going from person to person, and jumping countries when a person’s individual network crosses a border. You can see the spread of a single video in the data visualisation below.

When my colleague asked if the video would be “viral” he was imagining the sort of viewing numbers around, perhaps not at the level of Gangham style, a more modest million views. But there is more than a hour of content uploaded to YouTube every second, so how does one video get the kind of spread that deserves the label “viral”? 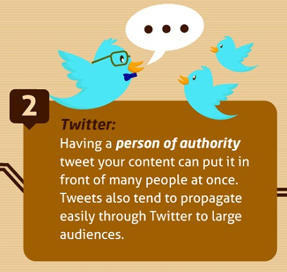 Mashable offers some clues in their infographic on going viral, it’s less about the content of the video, and more about who spreads it. The right person tweeting your video link, for example, puts it in front of millions of followers and may reach a critical mass audience. When Jamie Oliver tweeted about the Martha’s meals initiative that put her blog in front of a potential audience of around 3 million people.

So when my colleague asked for the video to go viral I had to ask “who in your network could you ask to promote this?” Because viral content doesn’t go viral on its own. That only happens when a network – whether that’s via twitter or facebook, or mainstream media, shares it.

I think you can make a video with great, amusing, valuable content, but you cannot make a viral video. You can take that great video and build a campaign around it to have shared as much as possible, seeking out influential twitterers and bloggers to share your content. And then it may go viral. Unless Psy puts out his new video on the same day.