There’s a whole lot of thought, clever thought, behind offering you related content or related shopping offers, but it doesn’t always go well.

I uploaded a presentation about “7 signs you’re in the wrong job”, but under related content on the right you’ll see a slideshare called “Peter Rabbit” which is based on a story by Beatrix Potter… which happens to feature characters Mr and Mrs McGregor, who are pretty much the bad guys of the piece. While my name is McGregor, it’s not really related content. But I laughed. 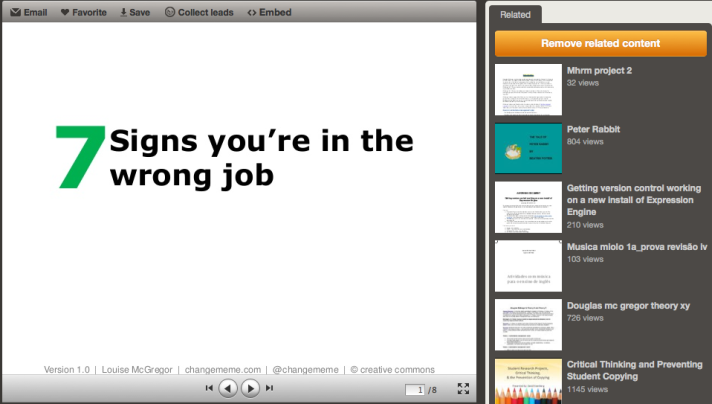 I bought a Kindle last week, since Amazon finally decided that it would be OK to ship the model I wanted to the Netherlands. It’s my new favourite toy. In the same order I bought a power adapter for the EU and a kindle cover.

There were other kindle related recommendations listed, but these two were right next to each other so it jumped out at me.

Amazon knows I live in the EU, but yes potentially a US power adapter might be something I was looking for – but that’s not why they’ve recommended it. It seems they take the data of the items I ordered, not the whole order in creating recommendations.