Patents have been around in various forms for hundreds of years, their purpose was to grant the patent holder exclusive rights so that they could benefit financially from their invention from from competition for a limited period of time. The purpose was to encourage innovation.

In today’s digital world patents seem to have the opposite effect, innovation is happening much faster than the time-frame of a patent. Often an innovation is an improvement on an existing, patented, software programme or a combination of existing technologies or the application of a new technology to an existing process. 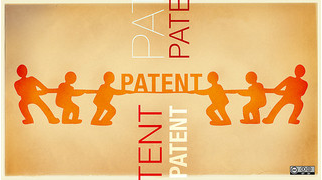 This has opened up the digital world in particular to a whole new industry of Non-practising entities, companies who acquire patents but never manufacture anything, more commonly known as patent trolls. These companies work by filing patents as technology is developed but never inventing anything themselves, and then suing manufacturers or, more recently, users for patent infringement. The recent case of Personal Audio suing a number of high profile podcasters is a great example of how this works.

Settling such a case costs around 2 million USD and takes 18 months if you’re successful so it’s not surprising that companies tend to settle rather than go to court – and as the settlement includes a non-disclosure clause it’s rare to hear the details of the cases. But there’s one exception. Drew Curtis, founder of fark.com talks about how he beat a patent troll.

New Zealand has solved the problem of patent trolls for software – which is the most common subject in patent troll cases – by declaring that software is not patentable. It’s a decision welcomed by IT professionals in the country, who see it as promoting innovation. An added benefit is that it kills the opportunity for patent trolls. Other countries have also limited the patentability of software, how long before the US changes their view?